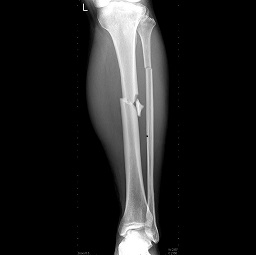 I found the following passage from a classic text on medicalization (Conrad & Schneider, 1992) interesting. It shows how x-ray technology contributed to the “discovery” of child abuse in 1962.

The central figures in the discovery of “child abuse” were pediatric radiologists, whose research reports, published in a variety of professional journals for over a decade and a half, demonstrates an increasing willingness to “see” and define child abuse as a distinct medical entity. Why pediatric radiologists? Why not emergency room physicians, who frequently saw injured children, or surgeons or internists who treated their injuries? Sociologist Stephen Pfohl (1977) presents a suggestive analysis. Clearly, hospital physicians, especially those in emergency rooms, encountered abused children more directly than radiologists; should not they have discovered it first? Pfohl points out that the four obstacles listed earlier for physicians kept the direct caretaking physicians from seeing injury as “child abuse.” The pediatric radiologists, on the other hand, had a certain distance from the abused children and their families. This reduced or eliminated some of the obstacles that kept the clinicians from discovering “child abuse.

Medical communication did not include any overt reference to child abuse before 1962. This is a case where humans alone weren’t able to do anything; they had link up with technology. This is how assemblages work.

The “four obstacles listed earlier” were

First, many doctors were simply unaware that “abuse” could be a diagnosis; no clear diagnostic label was available. Second, physicians may have been psychologically unwilling to believe parents would inflict such injuries on children. Third, physicians were concerned that reporting such maltreatment would violate the norm of medical confidentiality and create the possibility of legal liability from the violation. Finally, many doctors were reluctant to become involved in a time-consuming criminal justice process that would also take the consequences of their diagnosis out of their hands. (page 163)

This example also shows how morality is tied up with technology. Sometimes things aren’t seen as immoral,or aren’t included in moral communication, until there is a technological innovation. Thanks to x-rays and pediatric radiologists (and medical journal editors, etc.), bones of children, moral communication related to child abuse came to be included in the communication of organizations such as The American Medical Association.

Those four obstacles limited the healthcare system’s communication, but the x-ray opened up new communication. People didn’t simply become more enlightened or compassionate all by themselves; they needed a technological aid.