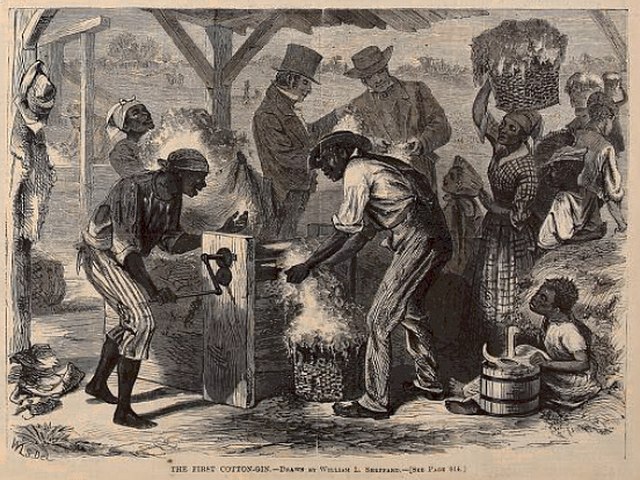 People like to find clear, discrete causes for events, or at least “primary” or “central” causes. When it comes to the Civil War, we read statements such this:

A common explanation is that the Civil War was fought over the moral issue of slavery. In fact, it was the economics of slavery and political control of that system that was central to the conflict.

In other words, the Civil War wasn’t fought over a moral issue; it was about economics and political power. Such causal attributions always oversimplify; their function is to reduce complexity and create coherent, teachable narratives. But we can go deeper.

When we look at things like the abolition of slavery in the United States, we usually try to tie it to changing values, such a greater sense of humanity or social justice. We might attribute it to the Enlightenment ideals of liberty, fraternity, and equality. People often claim that society is becoming “more evolved,” but this just reveals an ignorance about the theory of evolution. We can’t just say the people in power, the kind of people who used to own slaves or support slavery, became nicer or morally better. That’s a speculative dead end.

But if, for the sake of analysis, we eliminate values as a causal factor, we can look at things like functional differentiation. The Abolitionist movement in the United States might be placed in the context of the functional differentiation of the economy. In a functionally differentiated economy, no person is arbitrarily excluded from participation; however, slavery excluded millions of people. Slaves were just commodities; they couldn’t earn money and buy or sell anything. Race became the basis for arbitrary exclusion, and it was eliminated. When it came to politics, sex became an arbitrary exclusion and women got the right to vote in national elections in 1920.

But we are still using the passive voice, saying that something was eliminated as a basis for exclusion. But who or what is the actor? What was the agent or cause of this change? This is where attribution comes into play. It’s not very satisfying to say that social change happened because or as part of the functional differentiation of society because that’s a tautology. Functional differentiation is the social change.

We can still look at factors associated with social change. One such factor is technological innovation. For instance, the 15th-century invention of the printing press was a factor in functional differentiation, but it certainly wasn’t the cause. In the 19th century, the railroad and the telegraph were important factors in social change. They were disrupters of the status quo.