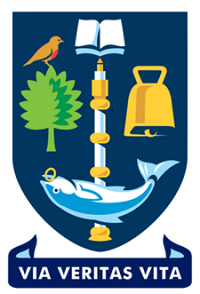 In the Scottish Enlightenment we can see the differentiation of education as a function system of modern society. It is no longer just an extension of the science or religion systems. The Protestant reformers had emphasized literacy so that everyone could read the Bible, and the great early Protestant universities were established to train ministers. In the science system, young scientists had to learn from their masters and from publications. But in both cases, education was in the service of something else. In the case of the 18th-century Scots, in contrast, the goal of the intellectual life was to build up a body of knowledge over generations, which implies teaching.

In How the Scots Invented the Modern World: The True Story of How Western Europe’s Poorest Nation Created Our World and Everything in It, Arthur Hermann (2001) writes,

The Scottish Enlightenment embarked on nothing less than a massive reordering of human knowledge. It sought to transform every branch of learning—literature and the arts; the social sciences; biology, chemistry, geology, and the other physical and natural sciences—into a series of organized disciplines that could be taught and passed on to posterity. The great figures of the Scottish Enlightenment never lost sight of their educational mission. Most were teachers or university professors; others were clergymen, who used their pulpits and sermons for the same purpose. Some, like Hutcheson, Ferguson, and Thomas Reid, were both. In every case, the goal of intellectual life was to understand in order to teach others, to enable the next generation to learn what you yourself have mastered and build on it. From the Scots’ point of view, the advancement of human understanding was an essential part of the ascent of man in history.


Herman, Arthur. How the Scots Invented the Modern World: The True Story of How Western Europe’s Poorest Nation Created Our World and Everything in It (pp. 63-64). Crown/Archetype. Kindle Edition.

The point here is that learning was not pursued as an end itself, as it is (ideally) in science, or in the service of a religion. For the Scots, education was not just the private education of the gentleman scholar or the self-education pursued by an elite group of humanists as in the Renaissance. It was an essential aspect of the collective culture.

Among the beneficiaries of the Scottish Enlightenment that I’ve mentioned on this blog were John Stuart Mill and James Boswell.

Chris Heaton-Harris, Conservative MP for Daventry and a staunch Eurosceptic, wrote to vice-chancellors at the start of this month asking for the names of any professors involved in teaching European affairs “with particular reference to Brexit”. Neatly ignoring the long tradition of academic freedom that universities consider crucial to their success, his letter asks for a copy of each university’s syllabus and any online lectures on Brexit.