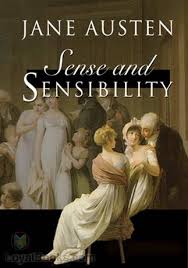 As European society transitioned from stratification, or differentiation by family rank, to functional differentiation, new ways to differentiate people arose. For example, good taste, or a refined, cultured sensibility, became an important social marker. We might say that good taste started to replace good blood. Sensibility, like land and wealth, could be acquired rather than just inherited. A person could be born into low rank based on family or wealth but gain respect through good taste. Or an aristocrat could lose respect by displaying bad taste. Here is a passage from Jane Austen’s Sense and Sensibility (1811). Marianne, speaking to her mother about a possible husband for her sister Elinor, says,

Edward is very amiable, and I love him tenderly. But yet—he is not the kind of young man—there is something wanting—his figure is not striking; it has none of that grace which I should expect in the man who could seriously attach my sister. His eyes want all that spirit, that fire, which at once announce virtue and intelligence. And besides all this, I am afraid, Mama, he has no real taste. Music seems scarcely to attract him, and though he admires Elinor’s drawings very much, it is not the admiration of a person who can understand their worth. It is evident, in spite of his frequent attention to her while she draws, that in fact he knows nothing of the matter. He admires as a lover, not as a connoisseur. To satisfy me, those characters must be united. I could not be happy with a man whose taste did not in every point coincide with my own. He must enter into all my feelings; the same books, the same music must charm us both. Oh! mama, how spiritless, how tame was Edward’s manner in reading to us last night! I felt for my sister most severely. Yet she bore it with so much composure, she seemed scarcely to notice it. I could hardly keep my seat. To hear those beautiful lines which have frequently almost driven me wild, pronounced with such impenetrable calmness, such dreadful indifference!”

“He would certainly have done more justice to simple and elegant prose. I thought so at the time; but you WOULD give him Cowper.”

“Nay, Mama, if he is not to be animated by Cowper!—but we must allow for difference of taste. Elinor has not my feelings, and therefore she may overlook it, and be happy with him. But it would have broke MY heart, had I loved him, to hear him read with so little sensibility. Mama, the more I know of the world, the more am I convinced that I shall never see a man whom I can really love. I require so much! He must have all Edward’s virtues, and his person and manners must ornament his goodness with every possible charm.”

Edward’s good family name and good sense not are enough, at least in Marianne’s mind. Mariane is the representative of sensibility in the novel’s title, while Elinor represents the sense. So there are a couple of distinctions at work here: sense/sensibility (or reason/feeling) and good taste/bad taste, along with tasteful/tasteless. In Austen’s work, good taste is often measured in terms of taste in books, music, and drawing. The emphasis on drawing strikes the modern reader as strange, but clearly both skill in drawing and the appreciation of good drawing were important.

Below are a couple Google Books ngrams charting the frequency of the term “good taste” from 1800-2008. The first one is for all books in English, and the second is for English fiction.

Both graphs show a peak in the 1830s, about 25 years after the publication of Sense and Sensibility.