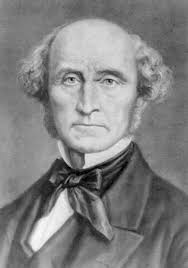 I was brought up from the first without any religious belief, in the ordinary acceptation of the term. My father, educated in the creed of Scotch Presbyterianism, had by his own studies and reflections been early led to reject not only the belief in Revelation, but the foundations of what is commonly called Natural Religion. . . . Those who admit an omnipotent as well as perfectly just and benevolent maker and ruler of such a world as this, can say little against Christianity but what can, with at least equal force, be retorted against themselves. Finding, therefore, no halting place in Deism, he remained in a state of perplexity, until, doubtless after many struggles, he yielded to the conviction, that concerning the origin of things nothing whatever can be known. . . . [My] father’s rejection of all that is called religious belief, was not, as many might suppose, primarily a matter of logic and evidence: the grounds of it were moral, still more than intellectual. He found it impossible to believe that a world so full of evil was the work of an Author combining infinite power with perfect goodness and righteousness. His intellect spurned the subtleties by which men attempt to blind themselves to this open contradiction. . . . As it was, his aversion to religion, in the sense usually attached to the term, was of the same kind with that of Lucretius: he regarded it with the feelings due not to a mere mental delusion, but to a great moral evil. He looked upon it as the greatest enemy of morality: first, by setting up fictitious excellences—belief in creeds, devotional feelings, and ceremonies, not connected with the good of human-kind—and causing these to be accepted as substitutes for genuine virtues: but above all, by radically vitiating the standard of morals; making it consist in doing the will of a being, on whom it lavishes indeed all the phrases of adulation, but whom in sober truth it depicts as eminently hateful. (32-33)

So Mill’s father, James Mill (1773 – 1836), argued against religion on moral grounds. Religion was “not a mere mental delusion, but a great moral evil.” Whereas millions argue that without religion there can be no real morality, Mill argued that religion makes humanity immoral. He also argued that a better source of moral guidance can be found in the ancient Greeks.

My father’s moral convictions, wholly dissevered from religion, were very much of the character of those of the Greek philosophers; and were delivered with the force and decision which characterized all that came from him. . . . My father’s moral inculcations were at all times mainly those of the “Socratici viri”; justice, temperance (to which he gave a very extended application), veracity, perseverance, readiness to encounter pain and especially labour; regard for the public good; estimation of persons according to their merits, and of things according to their intrinsic usefulness; a life of exertion in contradiction to one of self-indulgent ease and sloth. (39)

As Luhmann wrote, the link between religion and morality has always been tenuous. If religion is to survive as a social system, it will probably have to completely break from morality. This doesn’t mean that religious people should be immoral because the whole question of morality/immorality would be forgotten by religion. Then religion might be more like the mystician of Meister Eckhart.