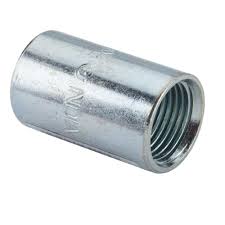 The concept of autopoiesis in itself cannot explain a system’s persistence over time. Autopoiesis consists of events that pass away as soon as they occur. In order for social systems to persist or reproduce themselves, expectational structures must emerge. This means that the system must draw a distinction between past and future.

In other words, nothing in a system’s environment can cause a specific, planned structural change to happen in the system. Systems are structurally self-determined. Systems theory replaces planning with structurally determined evolution.

Luhmann speaks of a simultaneous dependence and exclusion in structural coupling. For instance, the meaning attributed (by a social system) to an utterance cannot depend on what the speaker was thinking or intending when she made the utterance. This means that communication is not bound by consciousness, as in the intentions or desires of a speaker. And with respect to organic systems, while a person has to be alive–blood must be flowing, etc.–to make an utterance (which could include talking in one’s sleep), the meaning of an utterance, clearly, doesn’t depend on the blood pressure or any other elements of the speaker’s body. The communication system determines or selects the meaning independent of a speaker’s physiological condition. The point is that communication systems simply cannot be concerned with the intentions or the physiological conditions of a speaker. As Luhmann puts it,

After all, it is completely unthinkable that communication would have to consider everything that happens physically, chemically, or biologically within all the participants of communication. (Introduction to Systems Theory, 199).

All of that is excluded from communication. Something like blood pressure or cholesterol levels can only be included in a communication system as a topic; that is, it has to be translated into language. But the physiological events in themselves have no meaning.

In order to engage in language-based communication, one must be awake and attending to language. This is a case of structural coupling between a communication system and a consciousness (or psychic) system. Communication depends fundamentally on consciousness, or conscious awareness; however, the events that constitute consciousness are operationally excluded from the communication (or social) system. The events happening within the psychic system are too complex to be incorporated into communication.

It’s important to understand that when two autonomous systems (e.g., two psychic systems or two different social systems) structurally couple, there is not a third system that emerges through combination. That is to say, contrary to some sociological theory, the two systems are not integrated. Two or more psychic systems cannot share the same thoughts, feelings, or perceptions. And while the political system and the economic system do structurally couple, they cannot form a third function system that combines the functions of politics and economics. That is to say, there is no third system that functions both economically and politically. A third system would cause the two systems to “stick together” and lose their autonomy. The “division of labor” between the systems would be lost. In the case of integration, if the economy collapsed, the political system would collapse with it–and vice versa.

When a state (which is a collection of organizations operating on a national level) taxes citizens and businesses and spends money, it acts economically; it structurally couples itself with the economy, which means that if something “bad” happens in the economy, something “bad” (from some observer’s perspective) can happen to the state

Systems can be structurally coupled loosely or tightly, and, given the level of taxing and spending, the modern state and the economy are tightly coupled. Tightly coupled systems tend to perturb one another a great deal. For instance, an economic recession can perturb one or many states, prompting new decisions.

A case of loose structurally coupling in modern society would be the coupling between religion and a state. It is unlikely that a change in religious doctrine could significantly destabilize a modern state, and it is unlikely that a political decision made by a modern state could significantly destabilize religion. Which is why the framers of modern constitutional republics took such pains to keep government and religion apart. They didn’t want religious wars that could bring down a nation.

As for psychic systems, consciousness attends to/notices its environment, which can be sensory impressions arising from within the body (e.g., a racing heart, a fever, a stomach ache) or external forces which impinge on the nervous system (i.e., anything seen, heard, felt, smelled, or tasted). And with internalized language, the psychic system can think about these perceptions, and, of course, think about thoughts. In this case, the psychic system internalizes the social medium of language and uses it for its own purposes.

Another way of putting this (if yet another way is needed!) is that structural coupling implies or includes potential structural decoupling. If communication can structurally couple with consciousness, it must also be able to decouple; otherwise, the two systems would be one. For instance, statements spoken or written can remain in a communication system as long as they are repeated or recur in further communication. The “original” speakers and listeners (or writers and readers) can be long dead, but the communication can remain in circulation. It’s true that some human consciousness has to be around to keep the language in circulation; however, human consciousnesses (attentive minds) are plentiful and easily replaced. Thus, Luhmann can say that

communication depends completely on consciousness and at the same time excludes it completely.

So, after all this work, what is gained by excluding everything except consciousness from the possibility of structurally coupling with communication? What is the evolutionary compensation?

What is gained is that communication has to depend on one and only one thing in its environment; it only depends on consciousness. Consciousness, in turn, only has to directly depend on the organic systems of the body. This simplifies matters quite a bit. Communication doesn’t have to directly depend on a properly functioning brain or heart because consciousness depends on all that. If these organic preconditions (blood flow, etc.) aren’t met, then there is no question of communication anyway; so why worry about it or try to control it? As Luhmann puts it,

The physical body depends on a livable environment—oxygen, food and water, shelter from cold, etc. It structurally couples with the environmental elements. It also depends on gravity to prevent it from floating into outer space. Returning to where this post started, skeletal and muscular systems develop in accord with Earth’s gravity.