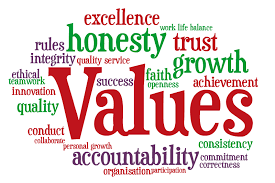 When we say that shared opinions, values, or purposes hold a society together, we are talking about an orderly, “functional” society (which could mean even a small, transient association of people or an ingroup distinguished from an outgroup) in which an ordinary person can thrive or at least participate. But the problem is that opinions, values, and purposes must be communicated if they are to have any social reality; they can’t just be ideas or feelings in someone’s head. Furthermore, this view assumes that a society consists of people rather than communication.

Luhmann discusses four epistemological obstacles to an adequate theory of society. These obstacles are common ways of thinking or premises. The first epistemological obstacle is that society consists of actual people and relations between people. The second epistemological obstacle is that societies are constituted, integrated, or coordinated by shared opinions, values or purposes. This assumption is wrong, according Luhmann, because human beings (along with their values, opinions, goals, affects, etc.) belong to the environment of society. Norms and values can be topics of communication, but it is communication itself that “holds society together” or makes social order possible.

Luhmann was a student of Talcott Parsons. And he reports that Parsons, following Durkheimian sociology, “drew a distinction between culture and social systems . . . [and] positioned culture in a hierarchically higher position” (Intro 236). In other words, Parsons argues that cultural values or norms make social order possible. For Durkheim and Parsons, “language, culture, values, and norms are tied very closely together” (Luhmann, Intro 236).

Moral values (as distinguished from ethical questions) exist in the unmarked space of the communication system. In other words, if moral values are to work efficiently in communication, they must remain implicit, unspoken, un-analyzed; they must remain in the blind spot. For example, if I say that a particular painting–say, Georges Seurat’s A Sunday Afternoon on the Island of La Grande Jatte–is an exceptional work of art, I am saying that I didn’t expect to see such a painting; the painting surprises me in a number of ways. I thus place a high value on this painting. I would like to own it. But if I try to articulate what I expect to see in a typical, unexceptional painting, I can’t do it. The adjectives exceptional and unexceptional are not things-in-themselves; they are signifiers of a difference. And if I start thinking or talking about all of this, I must take a break from appreciating the painting.

When we speak of norms or moral values, we are talking about expectations. Social systems differentiate expected behavior (norms) from actual behavior, or expected reality (such as a work of art) from unexpected reality. That is to say, norms serve as prediction schemata. The norm is the expected. Behavioral norms are expected even if they are not always anticipated. For instance, even if we know a person well and we anticipate that she will lie to us, we nonetheless expect her to tell the truth; otherwise, we could not engage in communication with that person at all. And when we play or watch a football game, we expect the rules to be followed even if we anticipate that there will be many rule infractions and penalties. In fact, it is “normal” for many penalties to be called; it would be highly improbable for no penalties to be called. Nonetheless, we must operate on the expectations that the rules will be followed. The referees, especially, must have the expectation (but not the anticipation) that the rules will be followed; otherwise, they could not observe any infractions.

Thus, when it comes to ethics or cultural norms, there is a doubling of reality between “normal” (expected) behavior and actual behavior, and we must expect “normal” behavior even when we don’t anticipate it. Luhmann argues that

there is no doubt that behavior in accordance with norms really is expected, even if–especially if–it must be distinguished from anticipated behavior. (“Are There Still Indispensable Norms . . . 21)

It is precisely this doubling of reality, not the existence of shared values per se, that, in part, allows a society to maintain a sense of continuity or to reproduce itself.

But in themselves, social norms or values are empty categories; they can only exist as long as non-normal facts, or surprises, are possible. Norms allow the observation of non-normal facts (surprises, deviations). So if we speak of social norms, we must be able to indicate certain behaviors and describe them as not normal, or deviant. For instance, in America, we can point to a man with three wives and say it may indeed be a fact yet it is not normal.

Norms can only exist or function if a deviation is possible or relatively likely. The violation of the norms must be waiting in the wings, so to speak. The exceptional cannot be excluded from the system. It must be possible to act in other, non-normative, “deviant” ways. That which is excluded from basic norms must be included in the system as a possibility. In itself, the expected reality is nothing–it is one side of a two-sided form. We can also speak of the actual and the virtual, or the actual/virtual distinction.

Norms become topics of communication only when they come out of the blind spot–when we stop living them and start analyzing them, as in the way social scientists or ethicists analyze them. This is second-order observation. First-order observation is just the observation that something is or isn’t normal–something confirms of disappoints expectations. The system observes that there are norms and that other actualizations are possible. This happens when one culture observes a different culture–a culture in a different place or time. In fact, a culture only recognizes itself as a culture once it encounters other cultures, or once it realizes that other ways of living (and other expectations) are possible, that its own way of life is contingent–it did not have to evolve the way it did, and it did not have to evolve at all. Similarly, a person becomes more conscious of their individuality when they realize that other people have different expectations.

As Luhmann argues, if we maintain that shared norms hold a society together,

against our better judgment, we would then have to deny that social conflicts, dissent, and deviant behavior are part of society, or make do with the assertion that they, too, presuppose some sort of consensus (for example, about the offensive value of certain abuse).

To argue that culture, in the sense of shared language, social norms, beliefs, narratives, etc., forms the foundation of a society is to attempt to “dissolve the paradox” of autopoiesis, the paradox of the system that produces and reproduces itself by selecting the expected from a surplus of possibilities; it is to move to a higher level or posit an a priori, or a mythical origin without an origin/without distinction. It is like positing a God–the uncreated creator that has always existed. In politics the sovereign is created by the same process. One dissolves the paradox by moving to a meta-level (Intro to Systems Theory, 61) and positing an origin outside the observing system. It is to move God out of his creation. God is treated as a reality beyond distinction.

It’s also important to understand that Durkheim’s theory was not that shared social norms and laws alone hold society together, at least not a modern society. Durkeim maintained that “primitive” or “lower” societies are held together by similarity or resemblance; in these societies, children grow up my imitating what everyone does and everyone seems to hold the same beliefs. In principle, there is no division of labor. Durkheim even claimed that the tasks of men and women do not differ greatly.

In other words, the division of labor complements the shared norms, or similitude among the members of a society. If I cannot treat myself for some disease, I call on a physician. I need the physician, and I will defend medicine against attacks by religion or anything else that tries to undermine its autonomy. The physician also depends on the engineers that develop new medical technologies. So there is a complex web of dependencies.

Furthermore, Durkheim argued that as societies increase in sophistication the “common conscience” diminishes or loses its binding power. Laws prohibiting things like working on the Sabbath or fornication fall away. Much more is left to personal choice. The division of labor (organic solidarity) becomes a stronger force so that mechanical solidarity can fall away. Of course, the law doesn’t go away, but different things come under the jurisdiction of the law. Some things that formerly were subject to penal law are now handled by civil law, as when someone is sued for defamation of character or libel. The “offender” in this case makes monetary restitution rather than being beaten or worse. The body is no longer targeted for punishment in the form of torture or execution for offenses like insulting the king or denying a religious dogma. Adulterers and homosexuals are no longer legally executed, at least not in “modern,” functionally differentiated societies.

But Durkheim did not take into consideration that organizations create ethical standards/norms–the code of conduct or vision statement, which is a kind of common conscience–to cover things that the law ignores. Also, the modern disciplinary regimes that operate in schools, workplaces, and prisons, hospitals, and other institutions (see Foucault) make things like laziness, tardiness, and lack of enthusiasm punishable offenses.